When the San Bernardino shooter added a pass code to his iPhone 5C before embarking on a terrorist mission, killing 14 and injuring 22 innocent people before being shot himself, I don’t think he really worried about what will happen to his phone.

Nevertheless, the infamous iPhone 5C has been at the limelight of a hot debate in months to come, highlighting a much larger issue – data privacy and online anonymity. On one side, there are government institutions and law enforcement agencies which advocate more access to personal data, while tech companies, and the general public, are more in favor of staying beyond government reach.

The heated debate has exposed many companies offering various types of online security, and VPNs lead the way. A VPN, short for Virtual Private Network, is “a private network that extends across a public network or internet. It enables users to send and receive data across shared or public networks as if their computing devices were directly connected to the private network,” according to Wikipedia.

For many, the technology was something of arcane knowledge, so a lot of myths and urban legends spawned. Here are the top five myths and facts about VPNs.

Free VPN is as good as paid VPN – NOT TRUE

There are many people out there who will tell you that a free VPN is as good as a paid one, and that it’s a waste of money, but I beg to differ. VPN is just as any other service – you get what you pay for. Paid VPNs will offer more than one protocol, which adds an extra layer of security. Availability is generally much better on a paid service, and you’ll eliminate the possibility of getting randomly disconnected from the internet, and that’s a pretty common occurrence with free VPN. On top of it all, customer support is incomparable between the two.

Ever seen the ‘This content is not available in your country’ message? Very frequent occurrence, especially in eastern Europe, and a very annoying one. Regionally blocked content can easily be accessed with a VPN, because, as it masks your IP, it switches your location to a one more preferable for the geoblocked content.

VPN slows down your speed – NOT TRUE

A poor VPN will give you poor connection. A good VPN service will be as speedy as your internet connection allows it. For example, DSLReports’s VyprVPN speed review says: “Their VPN Service is excellent, easy to use and very reliable. Great to protect my online privacy… no disconnections. The speed has always been very good within own country selection like US.”

VPN is only used for illegal activities – NOT TRUE

Just because you’re not doing anything illegal, that doesn’t mean you should offer your browsing data on a plate. Some people will tell you that VPNs are only used when doing something illegal, like tormenting pirated content. In truth, hiding your online activity is important, as it shields you from cyber-criminals, looking to get a hold of your data and sell it to third parties.

In many countries around the world, sites such as YouTube, Skype, Facebook or Twitter, are blocked. China, Turkey, Malaysia, Egypt, Mexico, those are just some of the countries blocking many popular sites. By using VPN, you can bypass state restrictions and media censorship to get all the content you desire.

Data privacy and online security should not be taken lightly, as the internet has turned into a dark and sinister place. Besides various governments looking to either take your data, or prevent you from gaining access to some, there are also hackers looking to steal either your identity, or your financial data.

Having a proper VPN is essential to staying safe online, and a definite first step for everyone looking to increase their digital security. 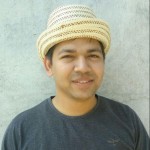 Anil Valvi having in 8+ years as an entrepreneur & inbound marketing to advise businesses on digital marketing and sales solutions that will deliver measurable results in the form of customer acquisition and revenue growth.