If you are a fan of comics, you know that it takes a lot of work and money to be a superheroes and villains. Consider that you must have a job, and the necessary skills and training before you even try to fight crime. You don’t get to be a superhero overnight.

Bruce Wayne took a long time before he started fighting crime. From the time he was 8 years old to the time he first went out as Batman, he learned how to fight and he also developed his deduction skills. Along the way, he also learned a lot about technology. If he had to work for a living, then he might not have all the toys and gadgets he needed to fight the bad guys.

In the same manner, if Lex Luthor was not the power hungry megalomaniac rich brat, he would not have been a supervillain. If he was just an ordinary rich guy working for a living, he would not even think about getting richer than everyone else. It’s easy to say that he inherited his craving for more riches and the greed got to him at some point. All that money and nothing to spend it on. He might as well fight Superman just as a hobby.

Read on to find out who else is on the list.

Source: http://www.personalincome.org/richest-superheroes-villains/
These fictional comics characters were real characters in every sense of the word. It also helped that they were rich. If you have ever wondered how rich these guys can be, take a look at the infographc below showing superheroes and villains who have mind-blowing mega bank accounts and you might be surprised at the money they have at their disposal!
Tweet 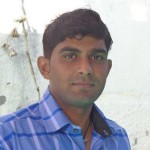